Easily And Quickly Switch Data Between One Phone To Another! 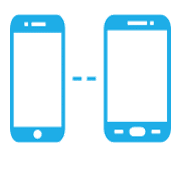 If “Yes”, then here is the best, simple and quick way to do that.

With Phone Transfer, you can easily and quickly transfer/copy/switch data between different OS phones and tablets such as iOS to iOS, iOS to Android, Android to Android and vice versa.

This software support more than 8000+ smartphones and tablets that include Apple iPhone, iPad, iPod touch and Android phones such as Samsung, Xiaomi, HTC, Google Pixel, Oppo, LG, Vivo, Huawei, Panasonic, Motorola, Lenovo, Sony, OnePlus, Meizu, ZTE, Nokia, Asus, Acer and much more. It doesn’t matter from where you have purchased your devices whether it is from AT&T, Verizon, T-Mobile, Sprint or somewhere else.

Phone Switch is completely safe as it 100% read only program and simply transfer information from one device to another, without re-writing anything. Your personal information is not stored in the software or on any kind of cloud.

Existing files on the device does not overwritten, unless you select them to delete.

This software is 100% read-only. You are the only one who can access your data.

This Phone Switch software allows you to transfer all your data very easily and very fast. It offer very fast switch speeds.

You can switch data from one phone to another in just less than 3 minutes.

Download, install and launch phone switch computer on your computer.

Connect both of your phone to computer.

Switch Data From A Phone To Another

Select the data type that you want to switch and do it in just one-click. 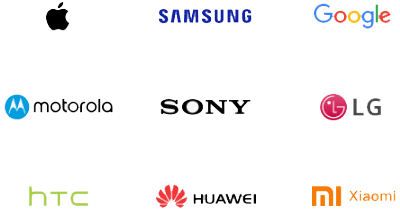 Most of the file types are supported by this Phone switch software. And, it is fully compatible with iOS 12 and Android 8.0 Oreo.

Phone Transfer User Guide: Steps To Transfer Data From One Phone To Another