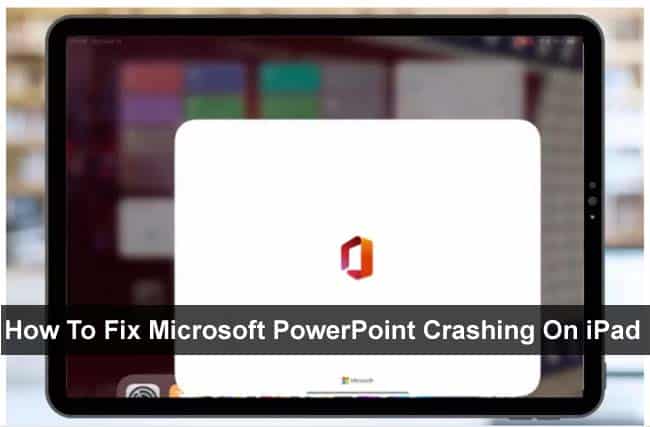 Overview: If you are making important work on Microsoft PowerPoint or making an assignment/presentation on deadline on your iPad, but your MS PowerPoint starts crashing. I know at that time you get panic and wanted to wish it as far as possible. Keep Calm! This guide will summarize how to fix Microsoft PowerPoint crashing on iPad.

There could be various reasons which can cause Microsoft PowerPoint to crash on your iPad.

There are some reasons which can cause MS PowerPoint to crash on your iPad, especially iPad Air. Among all the reasons, below we have mentioned the main reasons that are responsible for this issue.

So, these are the major reasons that can result the crashing of MS PowerPoint on your iPad.

Now, let’s move ahead to the solutions to fix MS PowerPoint crashing issue on iPad.

Also Read: How To Fix OneNote Keeps Crashing On iPad

You should first try to restart your iPad, this will help to fix the bugs and glitches that are creating problems in running the PowerPoint app on your smartphone.

Step 1: Press and hold the Top button unless you see the Power off slider on the screen.

Step 2: Now, drag the slider and then wait for 30 seconds so that your phone will switch off.

Step 3: Now, switch on your iPad by pressing and holding the Top button till the Apple logo appears on the screen.

Step 1: Press and hold Volume button or Top button until you see the Power off slider.

Step 2: You need to drag the slider and then wait for 30 seconds so that your device will Power off.

Step 3: Now, Power on your iPad by pressing and holding the Top button unless the Apple logo appears on the screen. 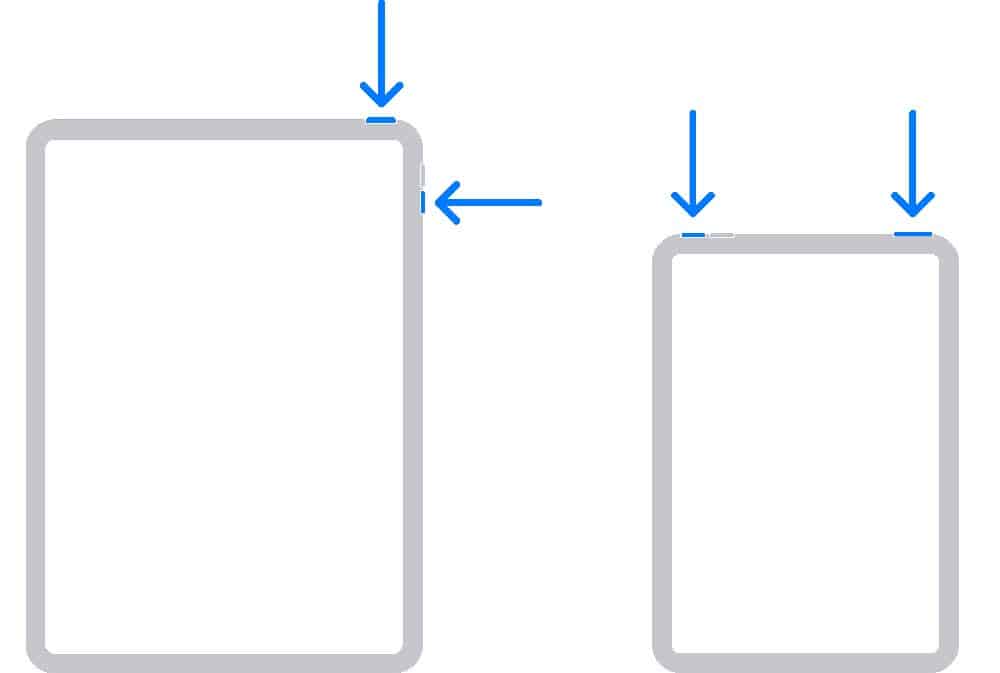 Also Read: How Do I Get Rid Of Bookmark Sidebar On iPad?

Below, follow the steps to update MS PowerPoint to fix Microsoft stop working or PowerPoint app keeps crashing on iPad.

Step 1: On your iPad, open the App Store app and hit on your Profile icon on the top of the screen.

Step 2: Then, scroll down to find PowerPoint app and hit on Update button to update the app.

You can also update the PowerPoint app from the help menu of another Office app such as Word. Because all office apps updates are provided here. Even if you check update for a single Office app.

If your Microsoft PowerPoint app keeps crashing on iPad then you can simply uninstall the app and reinstall it again from App Store.

To uninstall or delete Microsoft PowerPoint app follow the below steps.

Step 2: Then tap on Remove App.

If you touch and hold the PowerPoint app from Home screen and it starts jiggling then you need to follow the below steps.

Step 1: Tap the Remove icon in the upper left corner of PowerPoint app.

Step 2: Next tap Delete App and then hit on Delete to confirm your choice.

Once you have deleted the app, you can install it again by going to App Store > enter the name of the app in search box > tap on Install button.

You should check the storage space on your iOS device and if it is low then delete unwanted data or apps.

To check the storage space, go to Settings > General > tap iPad Storage. Now, you will be able to see the storage space. If it is low, then deleted all the files that you don’t need anymore or you can transfer those data to other devices and delete them from your phone.

If your iPadOS is not updated to the latest version then it can create compatibility issues with the PowerPoint app. So, you should look for the update and if there is any new update available then install it.

Below, follow the steps to update iPadOS to fix Microsoft PowerPoint not opening or crashing problem on iPad.

Step 1: On your iPad, open the Settings app.

Step 2: Then, hit on General and then on Software Update.

Step 3: If there is new update available then it will show you the update, simply follow the on screen steps to download and install the update.

You can also update your iPadOS using iTunes on Windows and Finder on Mac.

If you are running your iPad in Beta version then you should downgrade to a stable firmware as beta iPadOS and Office app won’t run smoothly. That is why many app developers don’t give support for beta operating system.

You can also fix PowerPoint not working on iPad by closing and re-opening the app PowerPoint app. This will clear the PowerPoint app from memory and allow for a clean launch.

Step 1: Launch the multitasking screen by double clicking on the Home button.

Step 3: Go back to the Home screen by tapping the Home button.

Step 4: After that, tap on the PowerPoint app to reopen it.

Also Read: Reset iPad To Factory Settings Without The Passcode Or Computer

Many users have reported that they clear the cache of PowerPoint app and the PowerPoint app crashing issue is fixed. So, you can also this method to fix PowerPoint keeps closing on iPad.

Follow the below steps to clear cache of MS PowerPoint app.

Step 2: Then screen down and find MS PowerPoint app and tap on it to open.

Step 3: Now, tap on “Reset Cache on Next Launch” at the bottom of the app’s settings. This will temporarily clear the junk that you don’t need.

Another way to fix MS PowerPoint won’t open on iPad is by resetting PowerPoint app on iPad.

If you don’t know how to reset PowerPoint on iPad then follow the below steps to do it.

Step 3: Then, find the PowerPoint app.

Step 4: Choose the app and scroll down to Reset PowerPoint.

Note: When you reset the PowerPoint app then it will delete all the old files that you have stored on that app.

You can also factory reset your iPad to fix MS PowerPoint crashing issue. But before doing it, you are recommended to backup your iPad as it erases all data and setting from your iDevice.

Follow the below steps to factory reset your iPad to fix crashing issue on PowerPoint.

Step 2: After that, hit Transfer or Reset iPad.

Step 3: Then tap on Erase All Content and Settings.

If the PowerPoint is still crashing then you should contact PowerPoint app developer. They can help you to fix this issue.

We hope the solutions mentioned above were able to fix Microsoft PowerPoint crashing on iPad.

But if they didn’t help then you can install the combined MS Office app and use its PowerPoint version until the issue is fixed with the PowerPoint app.